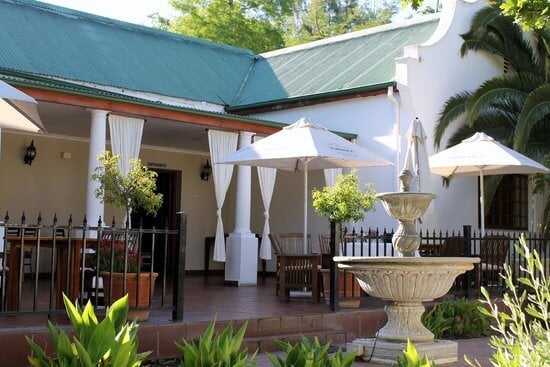 Repetition leads, inevitably, to expectation. I even have sat at such a lot of tables, being advised so frequently that this precise status quo has a whole small sharing plate thing occurring, as if they’d determined to make wheels round as opposed to irritatingly rectangular, that I now assume that is what a restaurant meal is: a parade of small matters, which diners must combat over passive-aggressively, in a desperate try to get the same cut.

With this week’s eating place, the clue was within the name. It’s known as Grazing using Mark Greenaway and comes complete with a task assertion wrapped around the menu. It announces that “the grazing concept has been a protracted-held ambition” of the chef, which leads me to mutter below my breath about aiming low. We are invited to “relax, unwind and graze.” But hang on: what’s this? The menu lists arcane matters known as “starters” and “principal courses.” The most effective dishes mainly designed for sharing are, going through their rate tag, ginormous. Shepherd’s pie is £32. Roast monkfish is £ fifty-eight.

You mayo, order something you want, call for they all be introduced at once, after which go snout down in them, sans cutlery, like a ruminant hitting the cud. That might be a shape of grazing. However, it could additionally be extraordinarily unattractive. So instead, I advocate you ignore all the advertising guff and understand this area for what it is: an extreme, sweetly traditional eating place, serving very quick but still gutsy meals, at high costs, in a laid-lower back environment if you need somewhere to celebrate impending graduation in Edinburgh, ebook right here.

It would be unfair to explain Greenaway as a little-known chef. He’s had his awards and his TV appearances and published a cooking ebook. But in Edinburgh, his call has from time to time been overshadowed using the ones of Tom Kitchin and Martin Wishart. It shouldn’t be so. Recently, Greenaway moved out of his eponymous eating place to this set of interlocking spaces off the Waldorf Astoria Caledonian floor-floor atrium. As with such a lot of resort eating places, it’s a walk to get to the motion via different big dining rooms, which might be filled, but aren’t. Think of it as a way of having your Fitbit steps in to mitigate the heft of what is to come back. The 1/3 area is complete of stable tables, the obligatory outbreak of tartan, and lots of darkish wood.

Those deep shades are matched by using the still-heat treacle and stout sourdough, the coloration of an old leather couch with “duck pores and skin” butter. It’s bread and butter, however, engineered for the Marvel Universe. It’s complete of deep, lusty caramel tones, and the butter takes to it as if to a welcoming lover’s bed. It’s superpowered and so impossible to resist I ultimately should get it taken away. The menu writing pulls the below-utilized trick of not telling you the entirety. Compressed discs of deeply piggy ham hock (or “hough,” as here) served at room temperature do indeed include the advertised fried quail’s egg and a fanned slice of dehydrated pineapple, the sharpness of which does deliver something to the plate. But what makes its miles a widespread dollop of a foamy pea mousse. It turns the dish into a giggly take on pea and ham soup. The cleverness does now not weigh down its more obvious attraction; that’s how a laugh its miles to consume.

Another starter of a fried duck egg, laid at the bottom of a dish like a picnic rug, is protected with fragments of heat confit duck, slices of duck “ham,” and sudden dollops of a vivid parsley mayo. We order the third starter of a still-warm crumpet, heaped with curls of cured trout and salmon roe to display willing. In the center is but any other egg, this time poached. The repeated eggs in these starters were no longer intentional on our element, but as everyone turned into flawlessly cooked, the yolk geared up to run in all of the proper directions, I’m no longer going to whinge.

The handiest of the dishes is a rectangular red meat belly, slowly rendered over half an afternoon, with crackling like glass, a “toffee apple” sauce, some vegetables, and a big welcoming pillow of mash. It’s meat, and two vegs with a facial, nails finished, and a full blow-dry. It is drop-dead splendid. Even so, its miles overshadowed with the aid of a sensitively cooked hake fillet, the pores and skin crisped and given a spritz of acidity. Alongside is a shellfish boudin, wrapped in a roll of striped and silky pasta. The whole dish is introduced collectively by way of a ripe bisque that tastes of the exceptional of shells which have been roasted right down to their essence, then lifted from their sticking location through a glug of booze. Simmer all that, strain, lessen again, then bolster with cream. And hurrah: a sauce that places the headrush into lush.

Even the two facet dishes deserve to observe golden rustling portions of “Kentucky-fried” cauliflower (the filthy bastards) and the pop of fresh peas and little gem lettuce bound with the aid of a bacon cream sauce. After all, that, take the inn-duration trudge to the loos. You’ll need the workout. Because believe me: here, you won’t graze. You’ll trough.